Without even realizing it, we stood outside The Whaley House in Old Town, San Diego contemplating about where to go for dinner.

After realizing where we were, we purchased tickets at the gift shop next door to the house, and waited at the front of the house for it to open.

According to The Whaley House’s website, the house is “a classic example of mid-nineteenth century Greek Revival architecture.”

“The building was started with the construction of a granary that later became the courtroom. The two-story house and store addition was designed by Thomas Whaley himself and constructed in 1857. It was the first two-story brick edifice in San Diego, and was built from bricks made in Thomas Whaley’s own brickyard. Whaley boasted, “My new house, when completed, will be the handsomest, most comfortable and convenient place in town or within 150 miles of here.”

This is also the number one Haunted House in the United States according to the Travel Channel’s America’s Most Haunted because of the large amount of documented data that is known of the house and the reported sightings of former occupants and add to that, the history of what it was before the house was built (the site of a hanging gallows.) Aside from visitors reporting sighting of various past occupants of the house including a child, there’s also a sighting of a ghost animal believed to be their family dog.

Here are some of my pictures.

Note:  I normally do not photograph people directly, but our guide gave us permission to photograph. Thank you. 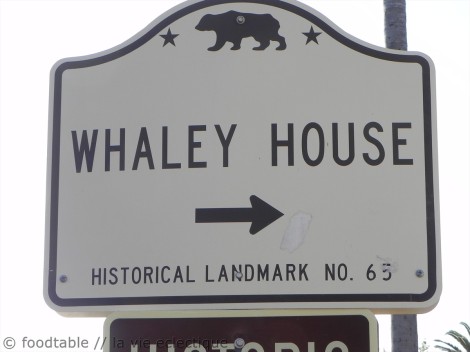 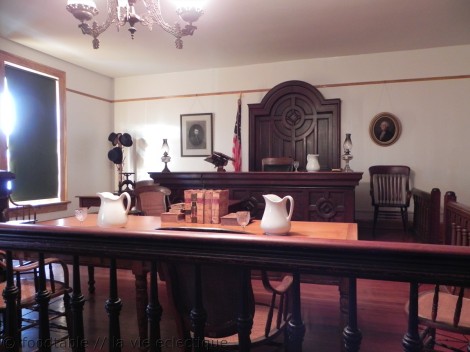 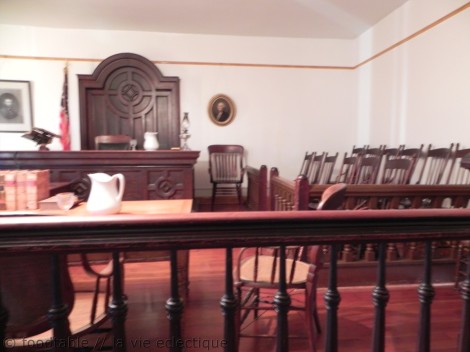 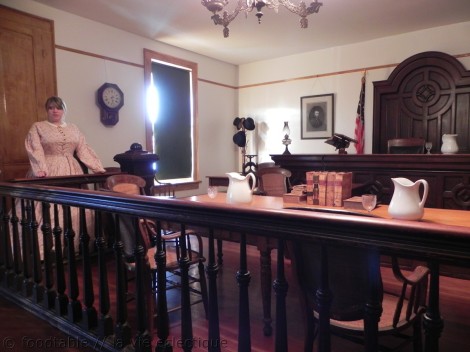 Our guide dressed up in period costume 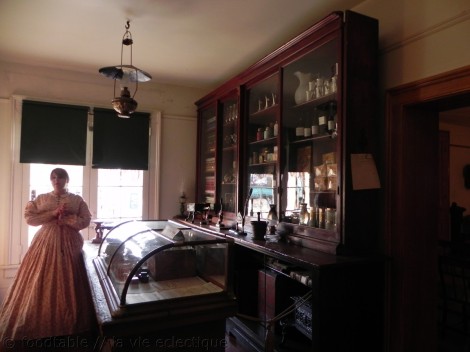 The moustache cup is a drinking cup with a semi-circular ledge inside. The ledge has a semi-circular opening to allow the passage of liquids and serves as a guard to keep moustaches dry. It is generally acknowledged to have been invented in the 1860s by British potter Harvey Adams (born 1835). –Wikipedia 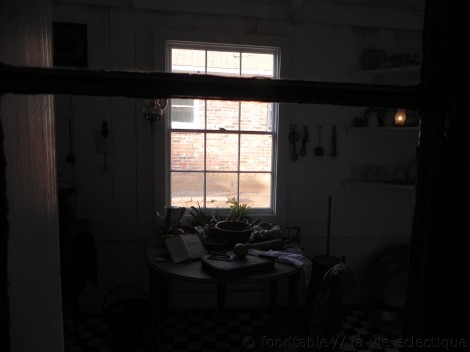 A kitchen inside the house in those days were unheard of because of fire hazards.

This theatre reminds me of The Imaginarium of Dr. Parnassus. Really strange… 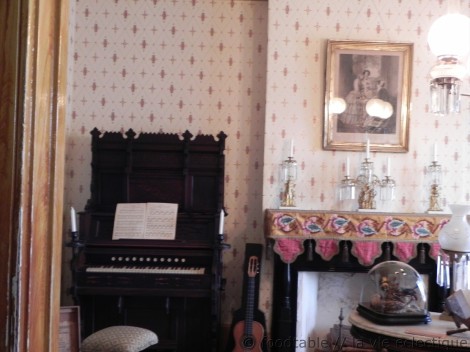 I forgot. I think this is their drawing room…