If you missed the first part of this adventure, you can read it HERE.  Despite the photos we showed on our last post where we portrayed our vacation to be perfect and relaxing, our Costa Rica vacation didn’t start as smoothly as we anticipated. But as the days and nights went by at our tropical paradise, it got better and better. And now that I am back home, I can see the less than perfect as part of the adventure. Something that is unique to this trip and to us.

Though we travel the world over to find the beautiful, we must carry it with us or we find it not. –Ralph Waldo Emerson

We temporarily left Costa Rica behind after a few days and joined a tour group to go to Nicaragua for a day. After getting picked up at 5 am, we ventured out in pre-dawn Costa Rica and joined up with the rest of the tour group somewhere near Liberia.

Recognizing that at least half of us are still asleep, the tour guides took us to breakfast, and yes, it’s part of the tour. We had breakfast at El Zaguan (restaurant is about a hundred years old according to our guide) in Liberia City. Liberia is the capital of the Guanacaste province in Costa Rica.

Liberia is close to Tamarindo (a beautiful beach resort town known for surfing and lots of beautiful seashells) and several national parks, such as the Parque Nacional Santa Rosa, and Parque Nacional Rincon de la Vieja.

The restaurant reminded me of a few places we visited in San Diego with the tiled roofs and the way it looked. El Zaguan is also located next to a Catholic Church and town square park. According to my friend, Nia, who was traveling with me on this trip and who extensively traveled all over Mexico a few years ago by herself, it’s very common to have a church as the central gathering place, and a public park next to it. That’s usually where all the towns people would gather after church services. 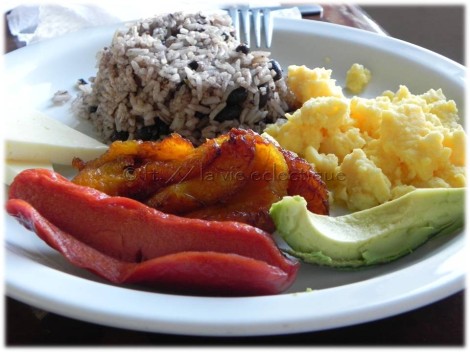 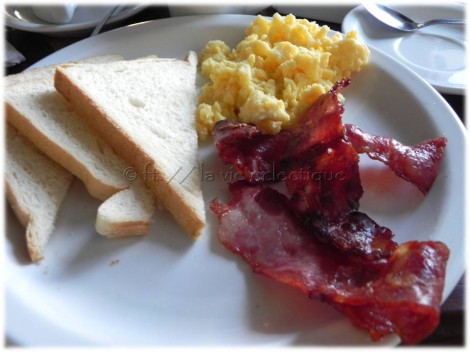 While my friend had the typical breakfast and really enjoyed her coffee, I had the American breakfast and enjoyed my water and a little bit of coffee. I forgot to mention on my last post that I had some stomach problems during our first few days, but all was well after that… I think where ever I travel, there’s almost always a day where that would happen, but I usually recover quickly. Given that this was such a long day trip, I had to be extra careful not to make myself sick again.

After that, our tour group ventured on and taking in all the sights of Costa Rica’s countryside. Then we got to the border. The Penas Blancas.

Penas Blancas is a border post. Aside from a restaurant, some food vendors, and money exchangers, there’s nothing here except border guards. Our guide called this place, “in the middle of nowhere.”

Depending on the time, you may be able to get into Nicaragua for free, but always allow enough money and expect that they will charge you. Since we arrived in a tour bus, our guide and bus driver took care of all the paperwork and money for us. So instead of waiting in line, we took the opportunity to look at the shops and go exchange money at the Banco. And my friend got some plantain chips from one of many vendors that sell stuff at this border post.

**If you don’t already live in Costa Rica and feeling very adventurous and want to do this crossing on foot, you should read my blog friend, Mrs. Sasu’s post, How to Cross the Border: Costa Rica-Nicaragua by foot. She provides very detailed instruction on how to do that. As for the money part, you should always allow a little more as prices can go up.** 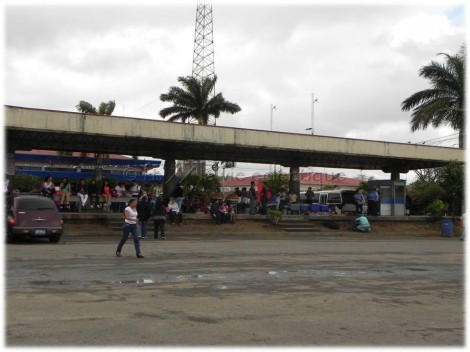 market at Penas Blancas selling all sorts of stuff.

Even though I didn’t want to buy anything, I eventually did get something here. This young man (I am fairly certain he’s younger than both my friend and I) kept coming around and offered us an origami flower made from coconut leaves. I didn’t like the flower but got intrigued by the grasshopper he was also holding. So I paid him some Cordobas (Nicaraguan money) and took his picture with the grasshopper. He gave me the grasshopper and happily made another one as others in the tour group are now also interested.

After our guide completed all the paperwork, we were back on the bus. My friend Nia and I took turn marveling at our exchanged Cordobas. We only exchanged about $20 each because we didn’t expect that we will spend a lot on this trip. (We were so wrong!!!) And we were told we could use our dollars, so just got a few Cordobas only, and proceeded to photograph the money because they look pretty, and if we spent it all, we can remember what they look like. 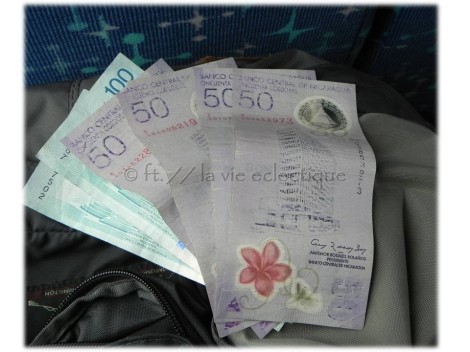 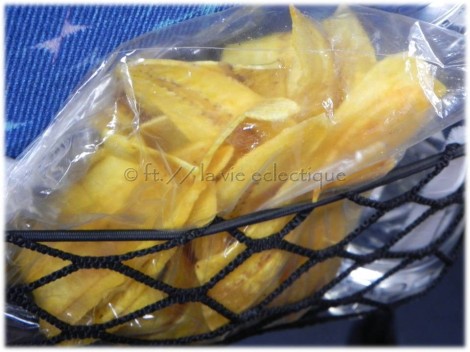 My friend’s plantain chips. She loves them…

After the border posts, we went on our way…

You know you try to pay attention on a tour so you don’t miss anything? Well, I did try, but there was so much information that I am surprised that I am able to retain even a little bit of them. The above is the ruin of the old border building. I think it was burnt down during the war or the conflict. I am sorry I don’t remember a lot on this. 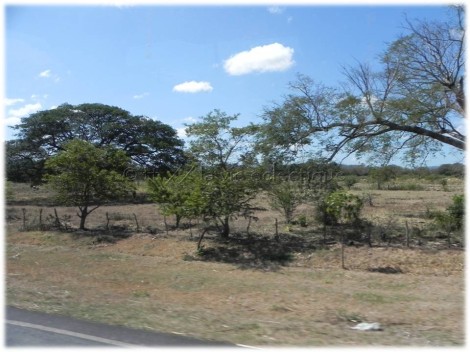 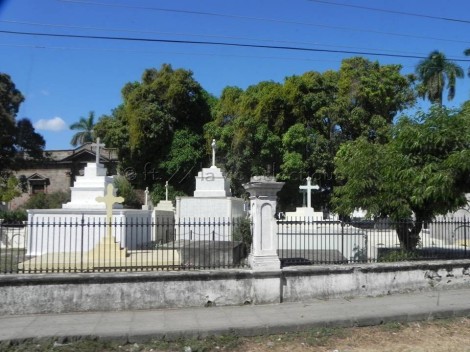 Another view of the Cementery

Our guide mentioned that this cemetery is a replica of another famous cemetery in France. Since I haven’t been to France yet, I have no idea what he was referring to, but it looked very nice.

We briefly circled a few streets in Granada looking at old city homes where we were informed by our guide that the home owners there needed to keep up the house to look period-appropriate. After that, we head off to Las Isletas in Lake Nicaragua and took another boat tour. Yay!

More on that soon. Hope you enjoy this post. (By the way, I think this series will now be 5 – 6 parts instead of 3.) Have a great Saturday~

Quotes on this posts are from Brainy Quote.