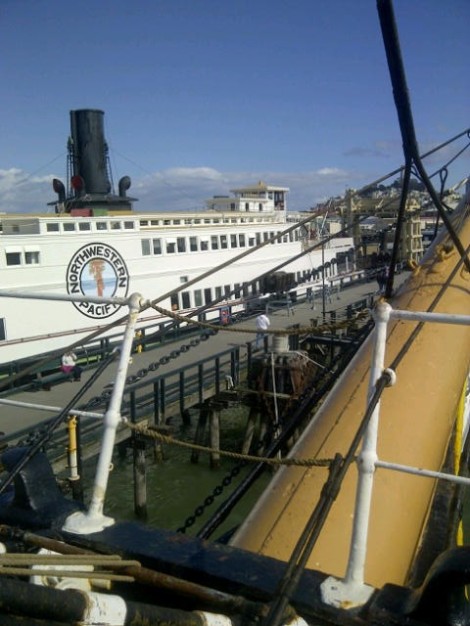 Looking from the front of the Balclutha 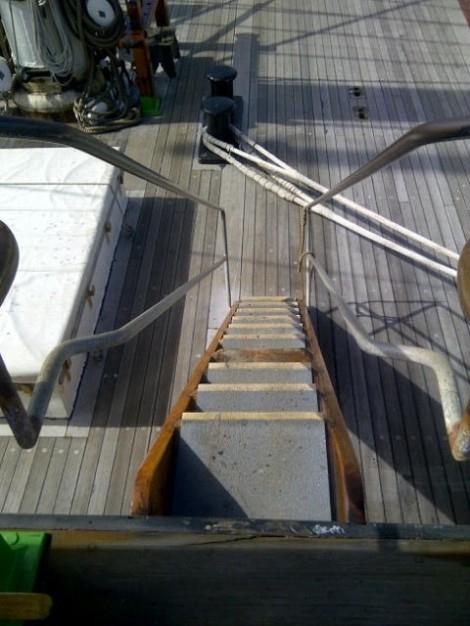 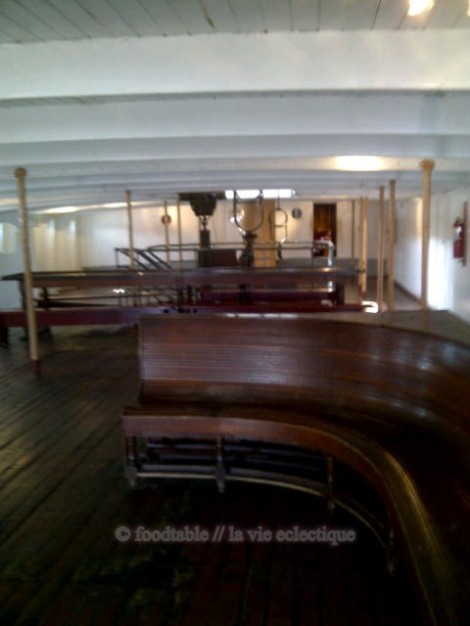 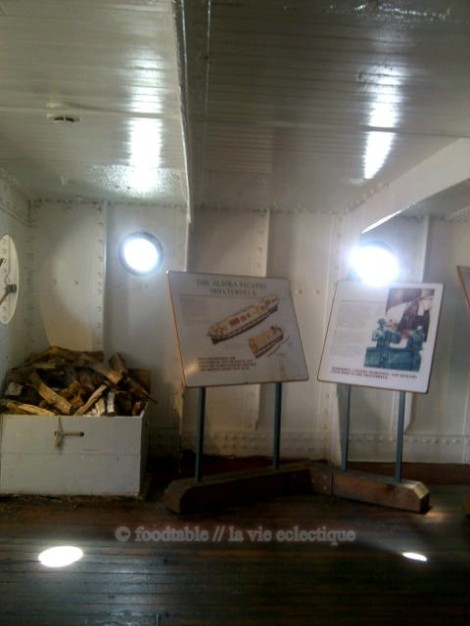 The Balclutha was built in 1886 by Charles Connell & Co. Ltd., of Glasgow in Scotland, for Robert McMillan, of Dumbarton in Scotland. Her namesake is said to be the eponymous town of Balclutha, New Zealand, but her name can also refer to her first homeport, Glasgow, Scotland, which is a "City on the Clyde" - the meaning of her name derived from the Gaelic Baile Chluaidh. Designed as a general trader, Balclutha rounded Cape Horn 17 times in 13 years. -- Wikipedia 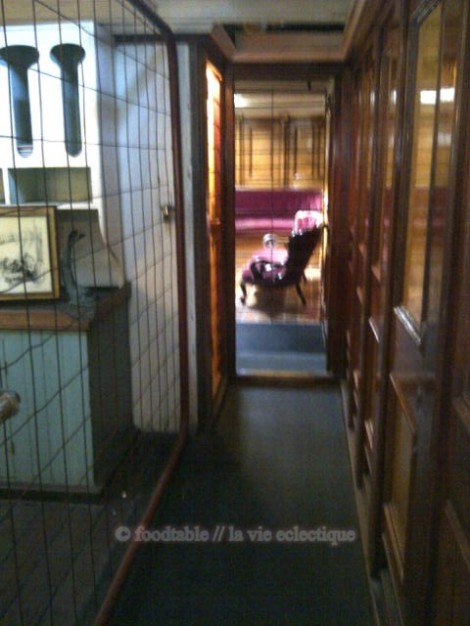 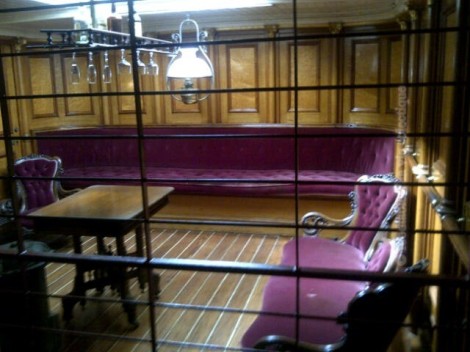 I believe this was the Captain's quarters, he also has a bedroom for himself and his wife and a separate small nursery for their baby.

Turn and walk upstairs, and you will see that they built the room for the Captain's wife. 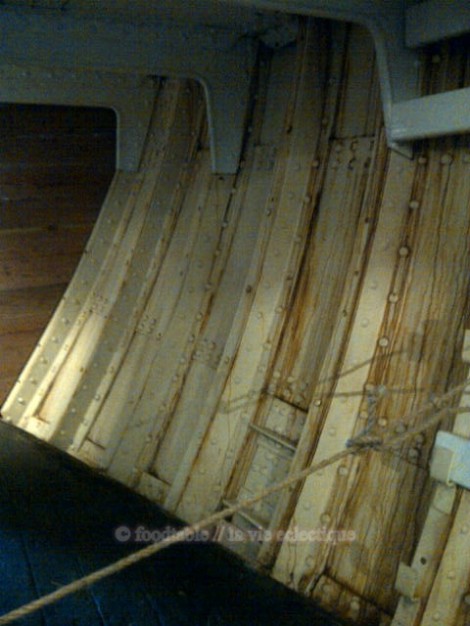 Two floors below, this is where all the crew live and where supplies were stored. 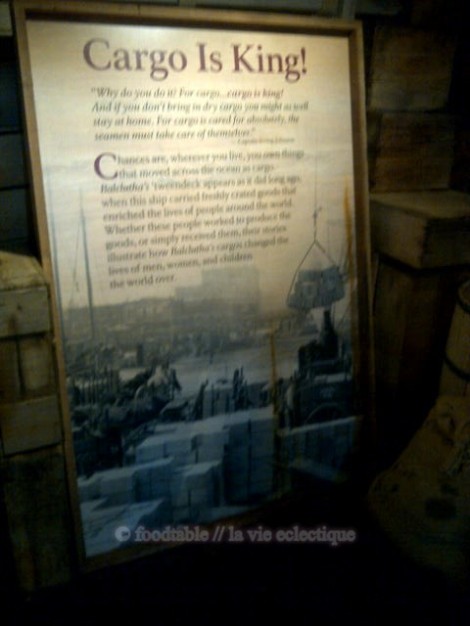 She carried cargoes such as wine, case oil, and coal from Europe and the East Coast of the United States to various ports in the Pacific. These included Chile for nitrate, Australia and New Zealand for wool, Burma for rice, San Francisco for grain, and the Pacific Northwest for timber. --Wikepedia 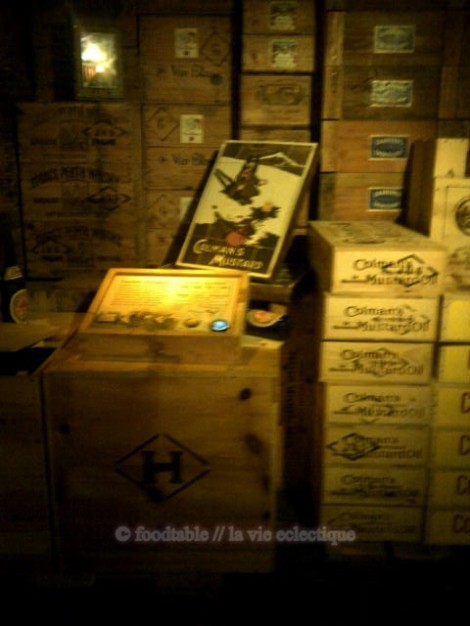 Oil and other products.

After having struck Sitkinak island near Kodiak on May 16, 1904, she was renamed the Star of Alaska when bought by APA for merely $500. After extended repairs she joined the salmon fishing trade, sailing north from the San Francisco area to the Chignik Bay, Alaska, in April with supplies, fishermen, and cannery workers, and returned in September with a cargo of canned salmon. --Wikipedia 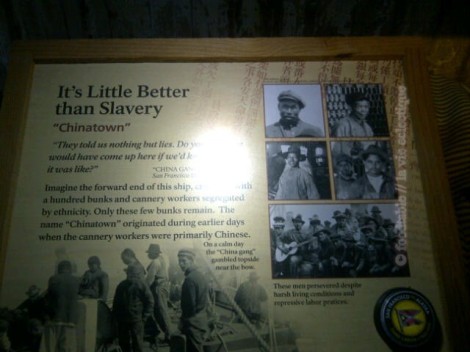 (For the Salmon trade) she carried over 200 crew and passengers, as compared to the 26 man crew she carried as the Balclutha. In 1911 the poop deck was extended to the main mast to accommodate Italian and Scandinavian workers. In the 'tween deck bunks for Chinese workers were built in. --Wikipedia.
The predominently Chinese, although there were also Filipino, Mexican, and African-American workers were all living in deplorable conditions on the ship. They also have to pay for extras like jam and butter while the other workers (Italian and Scandanavian workers) do not have to pay.

The floor mat in front of the workers' bunk room. 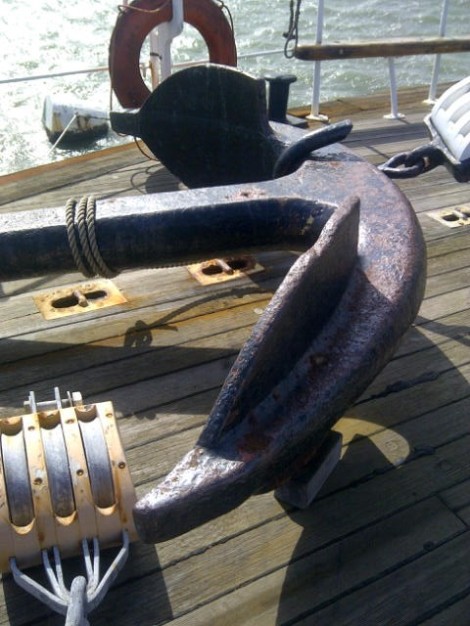 Her last voyage in this trade was in 1930, when she then was laid up after her return home.
In 1933, the Star of Alaska was renamed the Pacific Queen by her new owner Frank Kissinger. In this guise she appeared in the film Mutiny on the Bounty starring Clark Gable and Charles Laughton. She then eked out an existence as an exhibition ship, gradually deteriorating.
In 1954, the Pacific Queen was acquired by the San Francisco Maritime Museum, which restored her and renamed her back to Balclutha. In 1985 she was designated a National Historic Landmark. --Wikipedia

4 responses to “Pictures of the Balclutha”