King of Wonton Noodle is an interesting restaurant because most noodle places I have been to are pretty small but this place is very large in comparison.

The green onion pancake was disappointing. It was thin, not chewy enough, and just tasted kind of blah. The hot sauce helped, but we didn’t like it much. 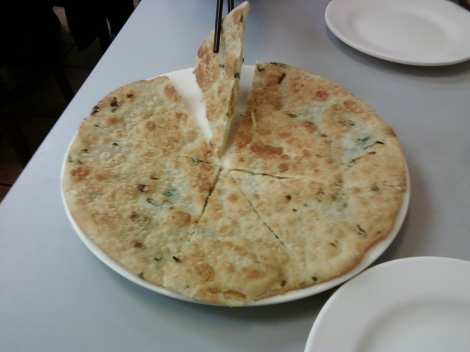 The beef brisket wonton noodle soup was also a disappointment. The brisket was hard, the wonton tasted okay, and the redeeming factor was the egg noodles because it was al dente and pretty delicious. 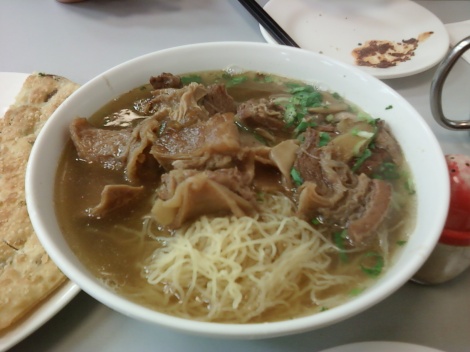 The soup dumpling told a different story. This dish was delicious because it was filled with meat, tree ears, and other spices. It tasted great. We really like this one. The soup base was also complimentary to the dumpling marrying the flavors together seamlessly. 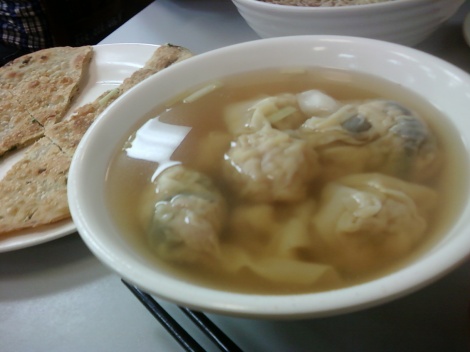 Steam dumpling on the other hand was another disappointment. It seemed to be rather bland and not altogether inspiring. 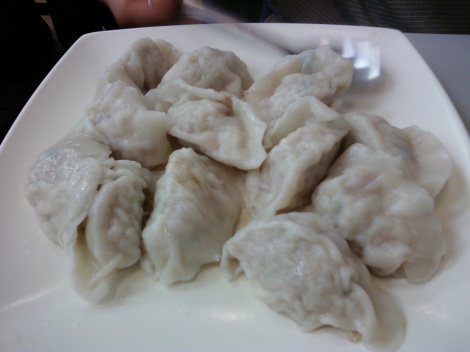 Okay, I have to admit, that was a lot of dumplings in one visit, and by the time the steam dumplings arrived, we just tasted one and got the rest to go.

Good place to try different dumplings as their prices aren’t terribly expensive, but in our opinion, to call oneself King of something, the place will have to really live up to their name.