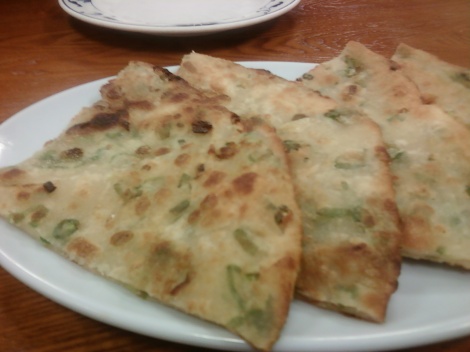 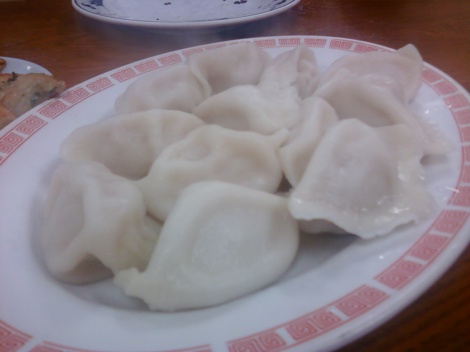 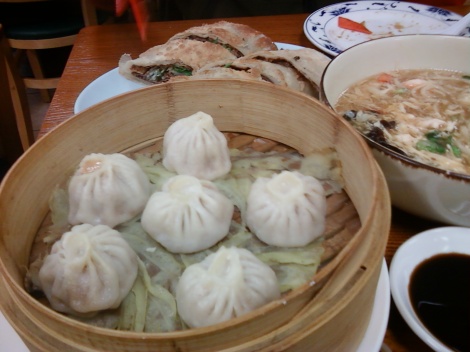 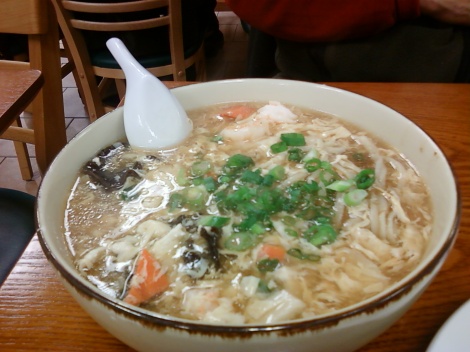 This restaurant is known for their hand-pulled noodles.

And sitting there about a month or two ago when they first opened, I definitely saw and heard them slap and pull those noodles.  Yes, you heard right, slapping the dough and pulling it to make strands of chewy noodles.  It’s like a domestic dispute gone violent back there in the kitchen…

On our first visit, it was crazy mad in that restaurant.  The house was packed with people and there were only two waitress working, so you can imagine all the complaints we were hearing around us.  I heard this girl threatening at the top of her lungs that she will be writing a review about this place, etc.  Okay lady, so is every other person there…LOL

But it was so loud in that restaurant (or the staff so indifferent)  that no one really paid attention to her or to anyone.  We decided to grin and bear it so that we can try this noodle place (and then write about it later).  And even though G was not very impressed with them the first time around, he let me convinced him to try the place again a few weeks ago.

The second time, the service was (much) better because there were less people in the restaurant.  I guess the “new place” hype died down quick when you are in a city that churns out “new” restaurants (or foodtrucks) almost weekly.  The food we ordered was better also.  Surprisingly delicious beef pancakes that looked like aram sandwiches that goes great with some hot sauce.  And the noodle soup was very tasty as well.  Darn, I forgot the name, but I will update this when I remember it.   While the xlb and the dumplings are good, I like the ones from Taiwan Restaurant on Clement more.  The only thing I would skip here is the skewers. I don’t really like them as they seem chewy and dry.

And the thing that really bugs me about some restaurants (this one included) is that even though they have an extensive [boba] drink menu, none of it can be order YET because they are not ready.

Fresh noodles are a Go, the other items are good, but nothing extraordinary.